The Patrick Mulvey Scholarship was created this year in honor of his retirement from MD Anderson and his contributions to NACCDO over the past 30 years. In addition to his amazing leadership at MD Anderson, Pat was instrumental in the founding of NACCDO and its growth from a small group getting together to talk shop over dinner to a sold-out national conference. The Patrick Mulvey Scholarship pays tribute to his legacy as a mentor to many and his service to NACCDO and the fundraising profession as a whole.

The Patrick Mulvey Scholarship was given out for the first-time in 2020 and will cover registration to this year’s sold-out conference and up to $1,000 in travel costs for one lucky person from a member center each year. All applicants must be first-time conference attendees and must share why attending this conference would be meaningful to them and their cancer center at this point in time. An applicant may apply even if already registered for the conference.

Lisa Considine Service Award and Innovator of the Year Award 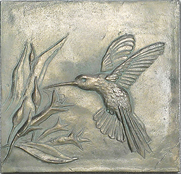 The Lisa Considine Service Award is presented each year at the NACCDO annual meeting to a member of NACCDO who has demonstrated great collegiality in their work with fellow members of the organization. The award recipient has shown commitment to their profession of development through mentoring, collaborating and participating with NACCDO colleagues to advance the organization’s mission, and who has gone beyond expected service to their fellow NACCDO colleagues. 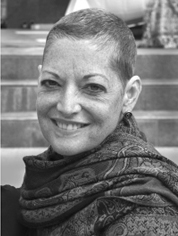 Lisa Considine, a founding member of NACCDO to whom this award pays tribute, was recognized as a leading collaborator who greatly assisted the NACCDO organization in its formative years through her collegial leadership. Lisa succumbed to cancer herself at an early age in 2013. The Hummingbird, a favorite subject of Lisa’s artistic expression, is a symbol of tireless energy, of perseverance and because of their ability to hover and take their time drinking nectar, are often thought to be reminders that life is meant to be savored. This symbolizes how Lisa lived her life and the intended spirit of this award. 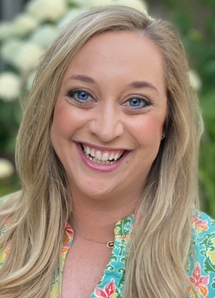 Ashleigh wasn’t just new to NACCDO, but she joined her cancer center in March 2020 early in the COVID-19 pandemic. She stewards several long-running annual gift programs and events which, taken together, generate more than $1.5 million annually and serve as the major gift pipeline to the cancer center. She is a fierce patient advocate for her father, a cancer survivor, who lost his stomach to gastrointestinal cancer in 2018 and was treated at IU.

Before joining the team at IU SCCC, Ashleigh was a litigation attorney working for a firm in Indy, representing clients battling cancer and lung disease. She graduated from IU’s McKinney School of Law in 2008. A native of Buffalo, New York, Ashleigh earned her undergraduate degree from Syracuse University and a master’s degree from the University of Kansas.

Rachel is a former member of the NACCDO Board of Directors, past Membership Chair of NACCDO, and a past conference host. One of her nominations said, “When you think of Rachel Stroud Hunsinger words like innovator, thought leader, fierce, determined, mentor, visionary come to mind.” She is a leader who encourages her team members to advance their careers and she is right by their sides, guiding and leading. The Director of the Moores Cancer Center described Rachel as “a tireless leader, dedicated mentor, and consummate philanthropic professional.”

Past recipients of the Lisa Considine Service Award:

Innovator of the Year Award

The Innovator of the Year Awards recognize development professionals who have made an outstanding contribution to innovation in the field of cancer fundraising. The nominee(s) should have shown excellence, best practice and creativity through their actions, leadership and collaborative spirit.

Submissions must describe significant achievements of nominees’ careers to date that demonstrate new approaches to engage donors and supporters with innovations that go beyond current fundraising practices. These innovations must have been solely or largely responsible for the outcomes.

– For their development of interactive dashboards to link multiple databases across the system by a simple, clean interactive surface.

Their initiative has inspired the entire staff of the Office of Philanthropy to transform their skillset and mindset when it comes to the importance of data integrity and transparency. As a result database usage has grown exponentially building a solid foundation for philanthropic success.

– For their creative execution and push of Take The Fight Forward, a newly launched major and planned gift initiative in 2015.

They introduced their innovation with these words: “Creativity is thinking up new things. Innovation is doing new things.”